Give away a second-hand car. What matters more, donation or purchase?

One Of My Relative asked me a wonderful Question when i was planning to Donate my Car and wanted to enter into car donation tax deduction program. Read this Post carefully if you are also getting or donating your car to your relatives.Understand what is best for you?

Question which he asked me was like this I want to give a second-hand car to a relative. What is more interesting, do it as a donation or as a purchase?

The answer to this question is none other than “it depends“.

When we go to give or donate a vehicle, who receives it, for tax purposes the donee, has the obligation to pay a tax that is based on the net value of the gift, or what is the same, the real value reduced by the charges and legally deductible debts.

It is about the Tax on Inheritance and Donations (ISD), and we will have to pay it, have the value of the vehicle. 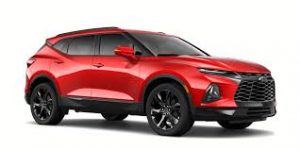 Although by law this is so, in practice, when someone gives a vehicle to a family member, they choose to make a purchase instead of a  Car donation. In this way it liquidates the Transfer Tax (ITP), instead of the Inheritance and Donations Tax (ISD). On the one hand it is usually cheaper, especially for low-value vehicles. On the other hand, making the self-assessment of the ITP is simpler and cheaper in case of making the change of ownership process through an agency.

In the amounts payable of the Patrimonial Transfer Tax (ITP) we have had a tax rate of 4% on the real value of the car. This percentage is applied in most autonomous communities, including the community of Madrid. However, in some automobile the tax rate is higher. Good example of this would be Galicia with a current rate of 8%. Although, it is fair to say, that in this community vehicles with more than 15 years and little displacement pay a small fixed fee.

Some communities, however, for vehicles that meet certain requirements, charge less or even exempt ITP payment. In Catalonia, for example, the purchase of used cars with 10 or more years old and a value of less than € 40,000 is not taxed by ITP.

The amounts to be paid for Inheritance Tax and Donations have been obtained by applying the tax rates of the tables published for this purpose by the Ministry of Economy and Finance. It is important to bear in mind that each autonomous community can modify the sections and types that appear in said tables, since the Inheritance and Donations Tax and the Tax on Capital Transfer were assigned by the State to the autonomous communities.

Also Read : Do You Need Insurance With A Learners Permit

and that the pre-existing heritage of the donee is less than € 403,000. In addition, the donee would not have received other donations from the same donor in the 3 years prior to the date the vehicle was donated.

If the kinship relationship is framed in another group (brother, uncle, nephew, cousin, stepfather, …) the amount to be paid would have to be multiplied by 1.5882. In the case of more distant relatives or friends or third parties without relationship of kinship, the amount payable would be double.

In some communities, such as Catalonia, if the relationship of kinship between donor and grantee is within group I or II, and the real value of the car does not exceed € 200,000, the tax rate of the ISD is equal to that of the ITP (5). %), as long as we make the donation by public deed. In any other case, the type of lien for presenting the ISD would be higher.

In the Community of Madrid, ISD is rewarded for the relations of group I and II. In particular, if the real value of the car is higher than € 3,850, the donation would be more interesting than the sale. Although we have to go through the notary to formalize the donation in a deed. 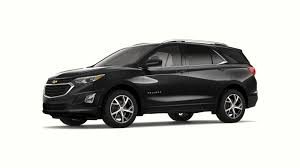 As we see in the following graph, in the Community of Florida, from the aforementioned value and as this value increases, the fee to pay for ISD is progressively lower than that of the ITP. For example, in the Community of Madrid, for a car with a real value of € 18,000, liquidating the ISD instead of the ITP would save € 500.

Although the amount to pay for ISD in the Community of Florida represents only 1% of the real value of the car, since the tax rate is 99%, in order to benefit from this bonus we will have to formalize the donation in a public deed , with the consequent added cost. Something similar happens in Castilla la Mancha, where the bonus would be 95%, provided that the real value of the car is less than € 120,000
For the public deed of donation, the notary will charge us about € 150 for a car with a declared value of € 6,000 €, and above this value € 4.5 more for each € 1,000 increase in the real value. 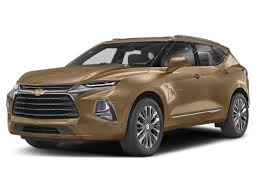 In any case, if we are going to donate or give away a car, in order to calculate the fee to pay, we will have to consult the tables of tax rate, reductions, multiplication coefficients, and current bonuses in our autonomous community for the ISD.

The self-assessment form of the ISD is the model 651 and can be downloaded or completed online at the official website of the Ministry of Finance of each Autonomous Community.

How To Cancel Auto Insurance | Cancel Your Car Insurance

Car Rental Insurance – Everything You Should Know

How To Cancel Auto Insurance | Cancel Your Car Insurance

Car Rental Insurance – Everything You Should Know